The academic structures of Boston, London and Paris: a comparison 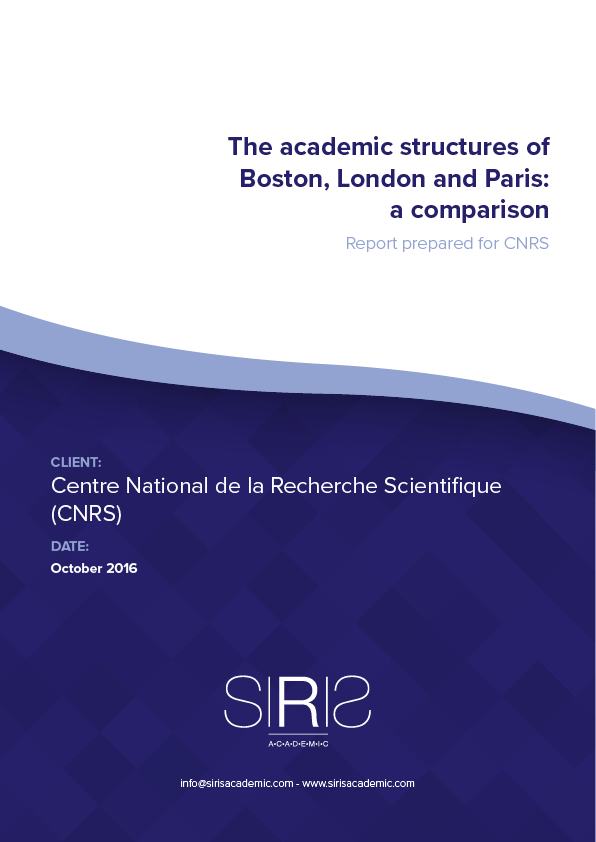 The “The academic structures of Boston, London and Paris: a comparison” was commissioned by the French CNRS to understand similarities and differences between institutional landscapes of the cities of Boston (USA), London (England) and Paris (France).

The first part of the report outlines the deep similarities in terms of overall scientific productivity of the three cities, whilst highlighting one key difference: Paris has no institution as well ranked as Harvard, MIT, Imperial or UCL.

The second part of the report compares the scientific production, rankings and recognition of the institutions of the three cities.

This website uses cookies to improve your experience while you navigate through the website. Out of these, the cookies that are categorized as necessary are stored on your browser as they are essential for the working of basic functionalities of the website. We also use third-party cookies that help us analyze and understand how you use this website. These cookies will be stored in your browser only with your consent. You also have the option to opt-out of these cookies. But opting out of some of these cookies may affect your browsing experience.
Necessary Always Enabled
Necessary cookies are absolutely essential for the website to function properly. This category only includes cookies that ensures basic functionalities and security features of the website. These cookies do not store any personal information.
Non-necessary
Any cookies that may not be particularly necessary for the website to function and is used specifically to collect user personal data via analytics, ads, other embedded contents are termed as non-necessary cookies. It is mandatory to procure user consent prior to running these cookies on your website.
SAVE & ACCEPT